Reflecting on 2022, let’s review several breakthrough technologies that are shaping the future of biology research and drug discovery. I have prepared this list based on a review of recent articles published on BiopharmaTrend -- by myself and by numerous guest authors. 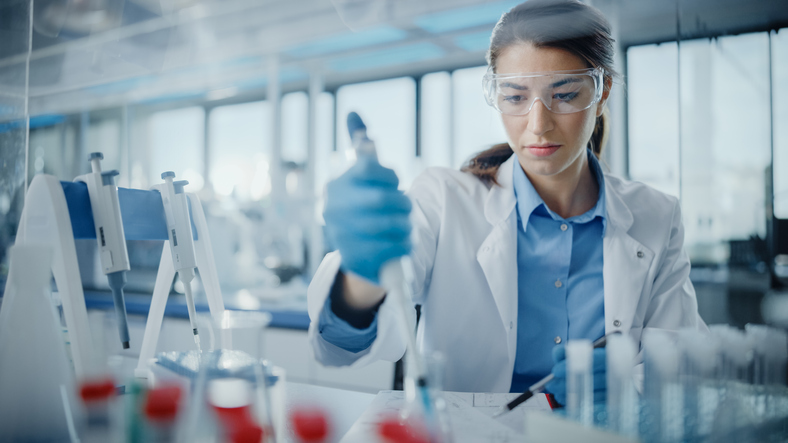 Nanomedicines, as it goes from the name, are nanotechnology-based drugs, used for the treatment, diagnosis or prevention of various diseases. But is “nano” defined just by size? According to FDA, nanomedicines are the products in the nanoscale range (meaning at least one size dimension being around 1-100 nm) that can exhibit chemical or physical properties, or biological effects which differ compared to larger-scale counterparts. At the same time, FDA adds that products outside the mentioned nanoscale range also can be called nanomedicines if they can exhibit similar properties or phenomena attributable to a 1-100 nm scale dimension.

Usually, nanomedicines consist of a carrier and a drug, where the last is also called an active pharmaceutical ingredient (API). However, sometimes the API can be transformed into a nanomedicine itself via manufacturing it in nanoscale size range ( stabilized nanoscale crystals). Notably, the last FDA approval of such nanocrystal drug was in 2015, which is the drug for a rare progressive lung disease. In this article we will focus on some nanomedicines approved by the FDA in the last 5 years, as well as discuss promising ongoing clinical trials.

Nanomedicines are considered very effective in treating chronic diseases such as cancer, dementia, and diabetes as they fuel the metabolism of medications in the body. They deliver the drugs to the target site in the right proportion. The market's availability of nanomedical products such as DNA probes, nanosensors, and nanoparticle-based imaging agents is increasing the demand. However, the high cost associated with the nanomedicine manufacturing process and research and development activities may hinder fast nanomedicine market growth.

Recently, I came across an article on GenomeWeb: “Next-Generation Proteomics Delivers Insights Across the Oncology Pipeline: Highlights from the AACR 2022 Annual Meeting”. Nowadays, proteomics technologies such as mass spectrometry are coming into prominence as powerful tools to deliver insights across every stage of the oncology drug discovery pipeline, for instance, helping uncover and validate novel drug targets, helping to understand drug mechanisms of action, and helping identify novel diagnostic, prognostic, or predictive biomarkers, and so on.

The authors of the above article, Biognosys, is a company active in development of new technologies and methods in mass spectrometry proteomics across the oncology pipeline, they presented their quite promising next-generation proteomics approach at the recent American Association for Cancer Research (AACR) Annual Meeting.

Read this article to learn more about the exploding space: The Promise of Next-Generation Proteomics in Revolutionizing Cancer Research and Treatment

It goes without saying that when the drug is developed, it needs to be tested on a highly relevant model before being approved for clinical trials. Do we have such highly relevant models for all diseases? Obviously, no. But there are some advances that bring us closer to literally “crafting” such models by ourselves -- 3D tissue printing.

Along with other 3D models, such as organoids and organ-on-chip systems, 3D printed tissues have multiple advantages compared to flat 2D cell cultures. To mention briefly, organoids are 3D multicellular tissue constructs which are grown from stem cells, being one of the most widely used 3D models for high-throughput drug discovery. Even though organoids partially resemble the organ, they usually lack some essential components (like vascularization, immune system elements etc.), making them not a fully representative model. On top of that, organoids usually suffer from heterogeneity, so even though it is cheaper and easier to use organoids than more advanced 3D-tissue models, the drawbacks should be considered.

Read this article to learn about an illustrative case study: 3D Printed Muscle Tissues for Drug Discovery With Mantarray™ Platform by Curi Bio, and here is a quite old but still relevant article by our first contributor back in 2017 Alfred Ajami: The Homunculus Metaphor Revisited In Drug Discovery: Body-on-a-Chip

A few decades ago, it was impossible to analyze the multimodal data from millions of single cells, understand the tissue heterogeneity on the molecular level and perform these tasks within a reasonable amount of time. The substantial rate of single cell data generation requires efficient and user-friendly tools for its analysis, which would be robust, yet cost and time effective.  Paradigm4 is one of the players in single-cell analysis, which provides digital platform solutions for biological data treatment. In 2020 they launched a platform for single-cell data analysis - REVEAL TM: Single Cell app, and since then it has been actively used for single cell analysis in both academia and industry for individual data processing needs.

The single-cell analysis software market is getting crowded and more competitive; developers are trying to include more analysis tools for heterogeneous single-cell data and create new platforms. One of the platform providers for translational research - NanoString Technologies - announced the launch of AtoMx™ Spatial Informatics Portal (SIP) in Q4 2022. It is going to be a cloud computing suite that will streamline workflows to manage, analyze and share data from their cell imaging platforms. Similar to the already developed software for single cell omics analysis by 10X Genomics, AtoMx™ SIP is going to be platform-specific software, meaning that it is compatible only with some platforms from which the data was obtained.

Biology data generation is important, but just as important are technologies allowing access to such data in a manner that is, on the one hand, feasible for building machine learning pipelines, but on the other hand -- would meet all the regulatory and commercial secret requirements typically applied manipulating all sensitive data nowadays. Even more challenging this becomes when we talk about real-world/real-time data access requirements, when the models have to be able to respond and adjust to the real-life events “on the fly” and output relevant predictions quickly.

Indeed, according to insights from the World Economic Forum 2021, 76% of executives across industries believe new ways of collaborating with ecosystem partners, third-party organizations, and even competitors, are essential to innovation in the “era of big data”. Experts also predict that secure data-sharing capabilities could better position organizations to monetize their own data as well.

One of the game-changing technologies that can enable AI practitioners to train AI models on a much larger and more diverse datasets is Federated learning.

There is a growing number of companies that are starting to bring about a change in how preclinical research is done. Companies, such as Strateos, Emerald, Culture, and Arctoris, are pioneering robotized, highly automated, scalable, and increasingly compatible laboratory facilities, guided by AI-based experiment control systems, and supplemented by AI-driven data mining and analytics capabilities. Such “next gen” lab facilities are often available remotely, making preclinical experimentation more accessible to various players in a wider scope of geographies. Recently, an AI leader in drug discovery Insilico Medicine announced the creation of a full-scale robotized facility for its R&D programs in drug discovery and aging research.

Read: Insilico Medicine Snaps Up $60M to Create Robotic Lab of the Future

Molecular mechanics (MM) is a traditional computational approach when it comes to modeling in synthetic organic chemistry, medicinal chemistry, and versatile aspects of drug design. However, MM methods have significant limitations, for example, when used to study electron-based properties within the drug-receptor microenvironment. Quantum mechanical (QM) methods allow to substantially increase the accuracy of predictions and provide much more relevant models of chemical and biological objects and their interactions, but QM methods are extremely (often prohibitively) computationally costly.

However, a series of advancements over recent years allowed to expand horizons in this direction, for example, the emergence of density functional theory (DFT), the overall increase in the computation power, and the emergence of distributed cloud-based computational infrastructures. There are a plethora of companies applying quantum theory in conjunction with AI and other methods to boost drug discovery. Read: 12 Companies Using Quantum Theory To Accelerate Drug Discovery

Here is also an insightful interview about quantum computing, a quite different topic and a trend in its own right: Merging AI and Quantum Computing To Boost Drug Discovery

This is an obvious one, but any tech list can’t be left without artificial intelligence (AI) mentioned nowadays, and for a good reason. Beyond high profile “basic science” successes of AI, such as AlphaFold’s recent advance in solving 3D structures of all known proteins, there is a wave of more applied cases where AI proved to be a game changer, such as fast identification and development of preclinical candidates by BenevolentAI, Exscientia, Deep Genomics, Insilico Medicine, and other companies. In fact, the groundbreaking abilities of deep learning and NLP to model structured and unstructured research data and output practically-valuable predictions led to a wave of new kind of companies, “platform-based biotechs” or “digital biotechs”, whose research models revolve around modular AI systems designed to discovery novel targets and lead molecules in highly automatic and rapid ways. Read  A New Breed of Biotechs is Taking a Lead to have a glance on this landscape.

A more broad explanation of the role of AI and big data in the modern pharmaceutical industry can be found here: 4 Ways Big Data and Machine Learning Revolutionize Drug Discovery

Cryogenic electron microscopy (cryo-EM) is a set of three related techniques, which are united by the same principle of imaging at extremely low temperatures to “freeze and fix” the molecules at the stable position. Over the recent years single particle cryo-EM has gained a particular interest of structural biologists and became the focus of some biotech start-ups.

The mechanism of cryo-EM is based on the flash-freezing solutions of proteins and other biomolecules forming the vitreous ice, followed by bombarding with electrons and then computational processing of data. Unlike conventional electron microscopy, cryo-EM skips the steps of chemical fixation, dehydration and staining, preserving the native hydrated state of the molecules. This marks one of the main advantages of cryo-EM over alternative methods: there is no need in crystallization, hence it resolves the issue of crystallization-resistant molecules, such as membrane proteins.

Recently, the rapid advancements in cryo-EM, coupled with AI technologies, gave birth to an entirely new species of biotech startups such as Gandeeva Therapeutics, Septerna, and MOMA Therapeutics.

Cell-free DNA (cfDNA) will have a central role in identifying protein targets in the oncology area, and assessing the efficacy of drugs targeting them in clinical trials, as well as identifying optimal combination therapies.

Read Wielding New Cancer Weapons Forged in Cell-Free DNA: A Wake Up Call For The Entire Biotech Industry for a deep-dive into the topic of cfDNA and a wide range of technological opportunities in this space.