There is a new wave of innovation that is sweeping through pharmaceutical drug discovery: targeted protein degradation (TPD). TPD is the process of targeting a disease-causing protein for destruction.

In this interview, Dr. Alessio Ciulli, Professor and Director of Centre for Targeted Protein Degradation (CeTPD) at the University of Dundee, and Dr. Danette Daniels, Group Leader at Promega Corporation, discuss how TPD offers new opportunities to tackle proteins implicated in numerous diseases with this new therapeutic modality.

What is targeted protein degradation and how does it work?

Danette: The way that most small molecule therapeutics work is by blocking the function of disease-causing proteins. As these proteins are often the key drivers of disease, it is important to stop or inhibit their activity as completely as possible. However, this is not always possible to achieve against many important disease-driving proteins, which has contributed to these being dubbed as “undruggable”.

In contrast, targeting proteins for degradation allows us to remove the disease-causing proteins from the cell altogether. Targeted protein degradation (TPD) therefore is different from target inhibition, in that rather than blocking the protein activity, the “degrader” molecules facilitate efficient and potent removal of the protein molecules from within or outside the cell, sending them to the cell’s ‘trash’. This approach is being applied to diverse therapeutic areas including oncology, inflammation, dermatology, immunology, and respiratory diseases. As such, it is providing a completely novel therapeutic modality in drug discovery that can overcome challenges and limitations of inhibitors, and in doing so is expanding our definition of the druggable proteome.

In recent years, one of the most effective endogenous protein degradation mechanisms used in TPD is PROTACs, for PROteolysis-TArgeting Chimeras. PROTACs are small molecules that induce proximity of a target protein with E3 ligase machinery complexes, resulting in degradation of the target protein.1 With over $4 billion invested since 2015 and more papers published this year than any other previously, the field of PROTACs has seen exponential growth.

What makes protein targeted degradation so different from traditional methods of drug action? 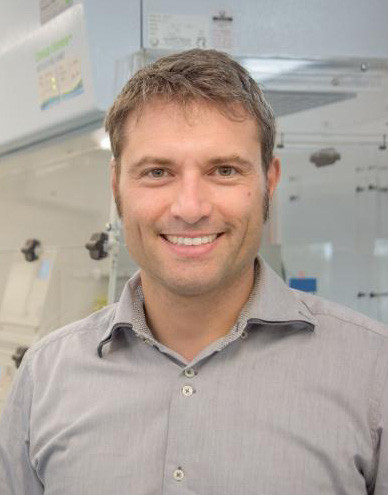 Alessio: Small molecule inhibition has been successfully used to treat many different diseases, but it has its limitations and challenges.

Firstly, to inhibit a target protein, a molecule must bind to a protein’s most important functional site. This often requires blocking such binding site in full, which requires high binding affinity and achieving and maintaining sufficient drug levels to saturate that site over the duration of the drug’s action. These features are simply not possible to easily achieve with every disease-causing protein at low enough doses, while sparing toxic side effects on other healthy proteins.

Secondly, proteins often have multiple functional domains and activities within a cell and blocking a single activity or site may not be sufficient to fully inhibit the protein. Treatment with an inhibitor can also build tolerance over time, lead to development of resistance and increased mutations that can potentially progress the disease. As the target protein remains inside the cell after it has been blocked, this can lead to greater chances of the disease relapsing back and therefore a lower chance of drug efficacy.

There are many advantages of using TPD over traditional methods of drug action. Even at a low dose, these types of drugs have higher efficacy. Their mode of action means they only need a brief interaction with the target protein, long enough to drag it to the E3 ligase machinery, leading to the target’s subsequent destruction. The small-molecule drug acts like a catalyst, carrying on other cycles of target-protein degradation, avoiding the need to maintain a high level of drug dosage.

With smaller doses being used, the chance of developing resistance or building a tolerance to the drug is reduced. As only a binder to a target protein is needed to develop a PROTAC, this approach also has the potential to work by binding at many positions of the target, thereby opening up the “undruggable” proteome that has, so far, remained out of reach of traditional drugs.

How did the idea come about for the “three-headed hydra”?

Danette: Many things must go right for TPD to work, and success is achieved through a cascade of events. The PROTAC must bring together two proteins that don’t usually interact and position them properly in larger active complexes which will mark the target protein for destruction.

In our studys, we hypothesized that a PROTAC consisting of two target binding ligands instead of one as commonly done could improve the target protein degradation process. This trivalent PROTAC (two target ligands plus one E3 ligase ligand), in effect, creates a three-headed monster that very efficiently allow the target protein to “stick” to the E3 ligase. This improved “gluing” makes the degrader more potent, meaning it is active for degradation at extremely low concentrations, so even with a low dose, better and more profound responses are achieved. If PROTACs are glues, we made them super glues!

What does this mean for the biopharma/pharma industry?

Alessio: We believe that the “three-headed hydra”, because of its much-improved mechanism, could circumvent some of the limitations of the current degraders, for example the acquired resistance of cancer cells.

The development of a trivalent PROTAC has a big knock-on effect for drug discovery in the future. The idea offers a new approach that expands on many aspects of degrader drug activity and could, in future, be applied to a broader range of protein targets and multiple targets at a time. If this is shown to be the case, it raises the likelihood of scientists being able to develop drugs more easily for diseases for which there are, at present, no successful treatments, considerably increasing the number of obtainable therapeutics.

This is just the beginning, as we start to understand more of the intricate mechanisms of the ubiquitin-proteasome system, we will see more advanced molecules like trivalent PROTACs being developed.

RELATED: The Explosion of Therapeutic Modalities: Small Molecules, Biologics, and Everything in Between

A new era of innovative drug discovery has begun and TPD is at the forefront. The developments in PROTACs are rapidly bringing us nearer to closing the gap in the druggable proteome. Although it will be some time before these therapeutics are routinely used in clinical care, the field and pipeline of TPD looks healthy and the future looks very bright. With our research, we have broadened the landscape of therapeutic protein degradation and have opened the door to new possibilities.

For more information on the work of Prof. Ciulli and the CeTPD, please visit https://www.lifesci.dundee.ac.uk/groups/alessio-ciulli

Alessio Ciulli is a Professor of Chemical Structural Biology at the School of Life Sciences, University of Dundee, and the Director of Dundee’s new Centre for Targeted Protein Degradation (CeTPD). He obtained his M.Sc. (University of Florence) and Ph.D. degrees (University of Cambridge) in Chemistry, followed by post-doctoral research at Cambridge and a visiting fellowship at Yale University. The Ciulli Lab focuses on the design and application of small molecules targeting protein interactions and protein degradation. He has made fundamental contributions to the development of the PROTAC field, and is the scientific founder of Amphista therapeutics, a company that develops novel medicines through targeted protein degradation. He has won numerous prizes and awards and is a Fellow of the Royal Society of Chemistry.

Danette Daniels received her B.A. from Columbia University, a Ph.D. in Biophysics from Yale University, and completed a postdoctoral fellowship at Stanford University School of Medicine studying the Wnt signaling pathway. In 2005 she joined Promega Corporation and is currently a R&D Group Leader of Functional Proteomics. In her time at Promega she has led innovation and applications of HaloTag, chemoproteomics, NanoBRET, and HiBiT luciferase technologies. Danette is known for her extensive research collaborations, both with academic laboratories as well as biotech and pharma companies. These partnerships have resulted in discoveries of several novel epigenetic and transcription complexes, as well as characterization of numerous therapeutic inhibitors. Several years ago, she and her team shifted focus to TPD, immediately developing approaches to monitor real-time kinetics of degradation and PROTAC induced interactions. These efforts have advanced understanding of cellular potency, efficacy, and mechanisms of degradation compounds. 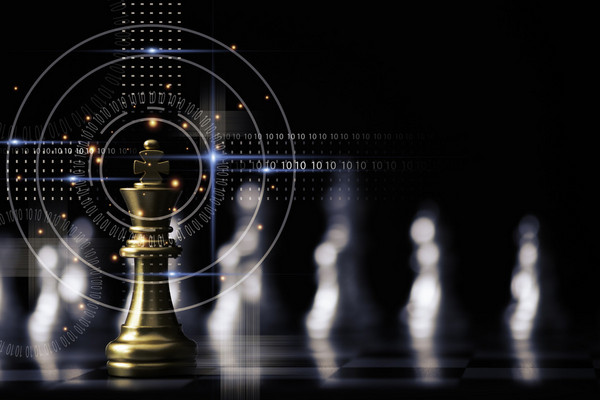