It has been a momentous year of innovation for drug discovery while the world is still facing the deadliest pandemic in its history. Below is highlighted some of the most impactful breakthrough medicines. These approved or emerging treatments will have a profound positive and meaningful impact on human lives.

Some of these medicines such as the COVID-19 vaccines and new oral anti-virals have been discovered at an unprecedented pace. The vaccines from both Pfizer BioNTech SE and Moderna also represent novel technologies to treat disease using messenger RNA (mRNA) to teach our cells how to make a protein that will trigger an immune response inside our bodies. A gargantuan global effort. Amazing innovation.

A new treatment for Ebola virus and the first vaccine to treat malaria passed us by.

Inmazeb is a combination of three antibodies that target a protein on the surface of the Ebola virus. In clinical trials, 66% of the 154 people who received Inmazeb survived, compared to only 49% of the 153 people who didn’t. Profound.

There are over 219 million cases of malaria globally and half a million result in death. Mosquirix generates an immune response against Plasmodium falciparum, which is among the deadliest of the five parasites that cause malaria, and the most prevalent strain throughout Africa. The inoculation is about 50% effective against severe malaria but remains one of the best ways to prevent this deadly disease.

Children diagnosed with Hutchinson-Gilford progeria syndrome (HGPS) rarely live beyond 15 years of age. Lonafarnib, a farnesyltransferase inhibitor, is an oral medication that helps prevent the buildup of defective progerin or progerin-like protein. The effectiveness of this drug was demonstrated in 62 patients from 2 single-arm trials that were compared to matched, untreated patients from a separate natural history study. Compared to untreated patients, the lifespan of HGPS patients treated with drug increased by an average of 3 months through the first 3 years of treatment and by an average of 2.5 years through the maximum follow-up time of 11 years. The new drug also reduces symptoms of heart and bone problems associated with the rare condition, which affects ~400 children worldwide.

NTLA-2001 could potentially be the first curative treatment for ATTR amyloidosis. It is the first investigational CRISPR therapy candidate to be administered systemically, or IV, to edit genes inside the human body. Robust preclinical data, showing deep and long-lasting transthyretin (TTR) reduction following in vivo inactivation of the target gene, supports its potential as a mono-therapy. Interim PhI clinical data confirms substantial, dose-dependent reduction of TTR protein following a single dose of NTLA-2001. It is very early days but if this drug if approved it could be ground-breaking. 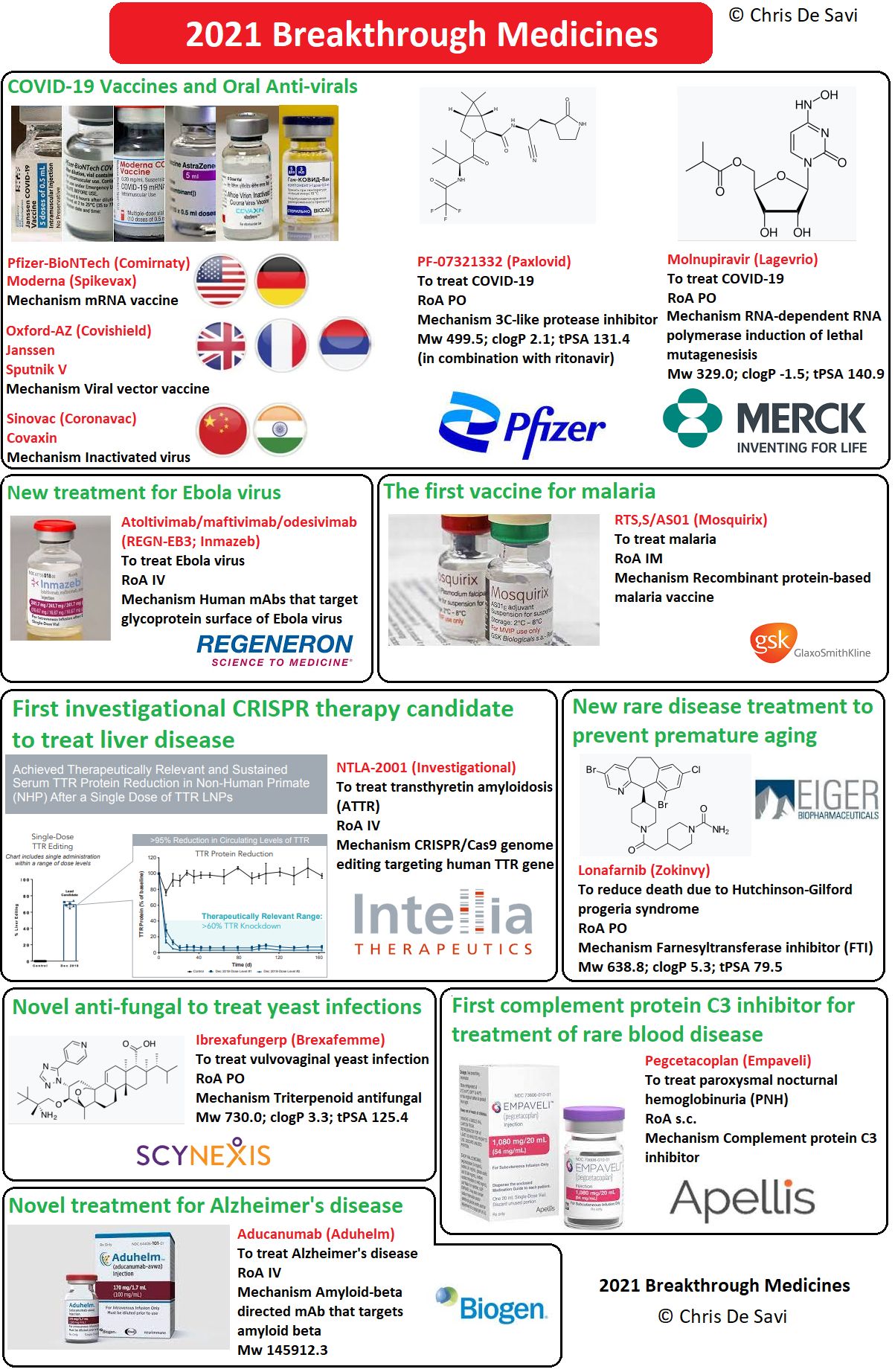