The ongoing COVID19 crisis forced biotech-oriented venture capitalists (VC) to somewhat slow down the pace of their usual deal-flow -- according to data by PitchBook biopharma venture deals in 2020 are down roughly 16% compared to last year.

However, there is still a lot going on in drug discovery and healthcare, and here I would like to specifically focus on artificial intelligence (AI)-driven biotech and health tech startups who managed to raise notable rounds in 2020, so far (based on our report “A Landscape of Artificial Intelligence (AI) In Drug Discovery and Development”). The deals are ordered by the amount of money raised 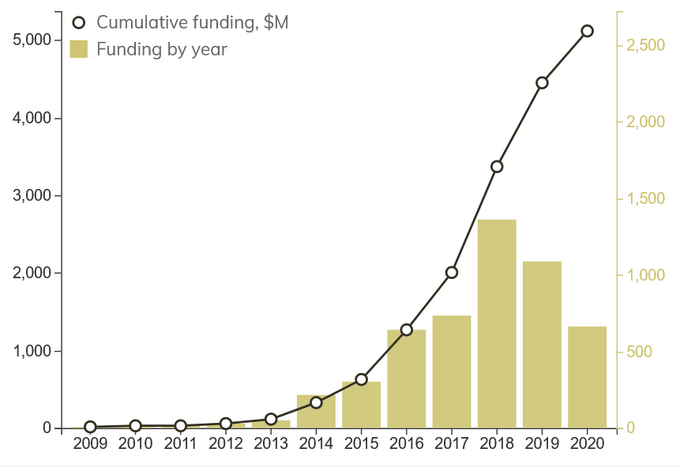 In March, Tempus announced it received $100M in Series G Financing. The investors include Baillie Gifford, Franklin Templeton, NEA, Novo Holdings, and funds and accounts managed by T. Rowe Price. The company’s main focus is advancing precision medicine and applying AI in healthcare, and it claims to possess the largest clinical and molecular data library. With the additional funding, Tempus continues to expand its operations to various diseases areas, including diabetes, depression, and cardiology. Since its foundation in 2015, the company has raised a total of $620M.