The interest of pharma organizations in DNA-encoded chemical libraries (DEL) technology has been growing over the years, with numerous pharma organizations now having their internal screening programs using DELs or outsourcing capabilities from specialized DEL providers.

The concept of DNA-encoded libraries (DEL) appeared in the early 1990th when scientists from Scripps Research Institute published a paper on “Encoded combinatorial chemistry.” The main principle of DEL technology is to encode each compound in the library with a unique DNA barcode. Thereby library of billion compounds can be screened as a mix in a single test tube, and the active compounds are identified by amplification and sequencing of the DNA  barcodes.

At the initial stage, companies pioneering DEL development faced a lack of suitable methods for DNA sequencing. Scientists from Praecis Pharmaceuticals then founded a company that managed to sequence DEL libraries. Praecis and Nuevolution were the first to have taken a chance on DEL in the 2000s. In 2005 and subsequent years, second-generation sequencing emerged, making DEL a much more attractive and economically feasible approach to drug discovery.

An overview of DEL technology

DEL technology comes from the merge of DNA encoding and combinatorial chemistry. The most popular method to build DEL is the “split and pool” approach. At the first step of the synthesis, chemical building blocks (BBs) are tagged with DNA barcodes. In the second step, they are mixed and then split into different portions. Next, a new set of building blocks is added to the chemical reaction, and then corresponding DNA barcodes are attached and linked with previous DNA molecules. Thus, DNA encodes each step of chemical synthesis for each compound. 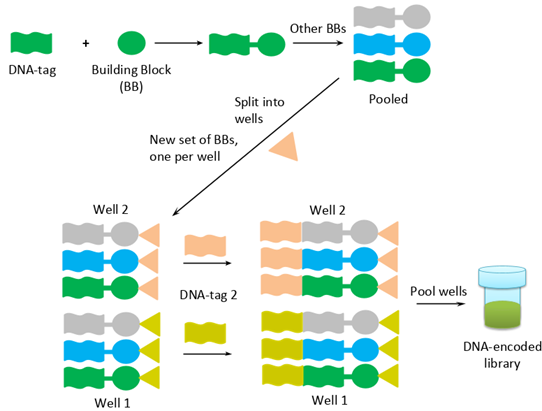 Size and costs of DELs

Screening of the DELs is conducted in single test tubes, where the target protein is incubated with a library. The target proteins can be anchored on a solid support, commonly magnetic beads.  After thorough washing, only high-affinity ligands remain associated with a target. After DNA sequencing and decoding of the structure of active compounds, the last should be resynthesized to repeat the affinity binding assay. A lot of different selection strategies can be applied, even phenotypic screening is compatible with DELs. 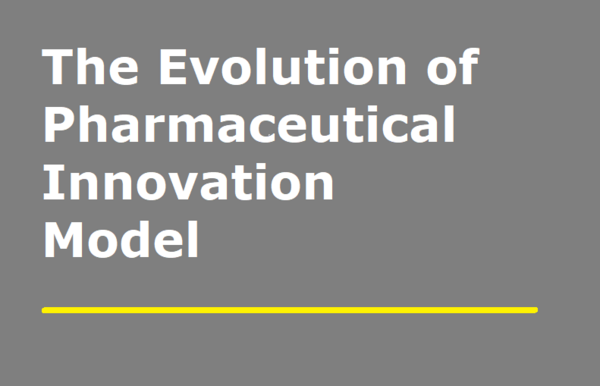 The Evolution Of Pharmaceutical R&D Model 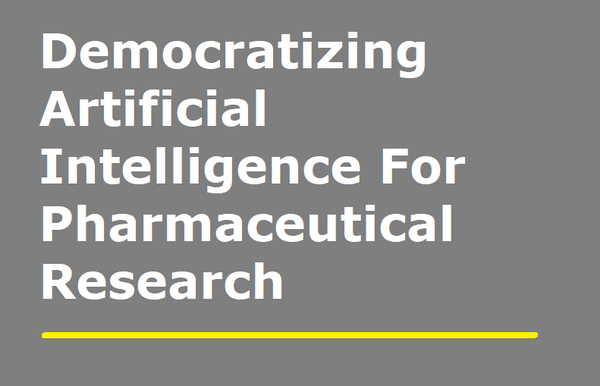 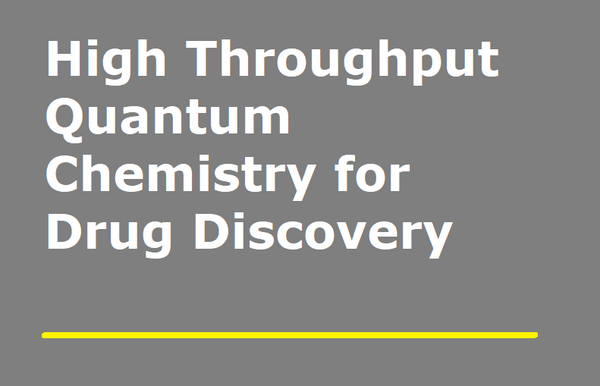