Over the past decade, pull incentives as a solution to the broken antibiotic market have been proposed to entice companies into antibiotic research and development.  These incentives would essentially provide a market, and therefore a return on investment for pharmaceutical companies. Almost all of today’s inadequate antibiotic pipeline is provided by biotech and small pharma.  All are threatened with loss of investor interest because of the failed marketplace and many are experiencing difficulty in raising funds either from public or private markets.  One alternative to providing money to the “evil” pharmaceutical industry via a substantial pull incentive is to create publicly funded non-profit organizations or public-private ventures that would essentially replace the industry in antibiotic research, development and commercialization. Two proponents of this approach are Lord Jim O’Neill (of the O’Neill Commission or Antimicrobial Resistance Review fame) and Ramanan Laxminarayan of the Center for Disease Dynamics, Economics and Policy and of GARDP. Both, clearly, are key thought leaders in the area.

The proposal sounds great. Who wants to give the pharmaceutical industry money, after all? But I find myself scratching my head about this. How, precisely, would this work? I presume we’re talking about government funding for an antibiotic R&D organization. In the US, would this be the National Institute for Allergy and Infectious Disease?  They have a strong track record in vaccine and in antiviral research – but antibiotics – not so much. Commercialization of products - not at all. In the UK would this be the Medical Research Council?  In Europe would it be the European Commission?  None of these august bodies have the experience required to establish a successful antibiotic R&D organization (in my humble view). The Innovate Medicines Initiative, an EU-funded public-private venture, has had mixed success tackling small pieces of antibiotic R&D but has not delivered a product to market and was not designed for that purpose. Then are we talking about establishing an independent organization with government funding? Who would decide who would lead the group? (On the positive side, there are lots of available antibiotic researchers available for hire.) To whom would the organization be accountable?
In addition to the questions posed above, we should all recognize the precedent this approach could set. Just think.  We could solve the entire pharmaceutical pricing problem with publicly funded R&D efforts – not just for antibiotics, but for all therapeutic areas. We could eliminate the evil pharmaceutical industry altogether.  Do we want to go there?
My experience suggests that it would take several (2-3) years just to get something established on paper and then bring it online.  Then we can count on about 5-10 more years to identify antibacterial lead compounds and then 10-15 more years to get something through clinical trials and to the market. So . . . maybe 20 years with some luck. During all these years, funding requirements would escalate enormously.  As more early leads are identified, it will take more scientists to move all of them to some go-no-go decision point. As more preclinical leads come online, the costs increase further. Finally, clinical development costs will become predominant – phase 3 trials are not cheap. The advantage of this program is that, at the beginning, the costs are relatively low - $10s of millions. But by the end, we’re in the $100s of millions per year assuming multiple clinical development projects.
As an example, Achaogen, a small biotech in California, invested over $400 million in public and private funds to get plazomicin to the market and to carry out discovery and development programs for other lead compounds.  The company started in 2002 and plazomicin was approved in 2018. It earned about $1 million during its initial launch leading to its bankruptcy. A larger organization with multiple lead compounds, which is what we will need, will be much more expensive.
While I’m not against establishing a publicly funded or public-private non-profit antibiotic R&D organization, I need to have a much better understanding as to how it would be established and what the funding needs would be. And I am very skeptical that government is willing, interested or even capable of carrying out this task.
I believe that the two approaches, pull incentives for the existing industry and establishing a publicly funded non-profit, are not mutually exclusive. We could consider doing both – but we have to do it right! Pull incentives need to be substantial so that they actually work to replace the broken antibiotic market. A publicly funded entity must have the right leadership, the right accountability and adequate funding. Then, over time, perhaps the publicly funded entity could replace the industry in antibiotic R&D – if that’s what we really want. But again, color me skeptical in the extreme.
(Email queries to the AMR Review and to CDDEP went unanswered).
Share this: 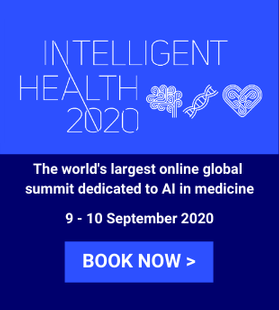