The idea of applying quantum mechanics calculations to various aspects of chemistry and drug discovery is not new, and the theoretical machinery is known for decades. What is new, however, is the technological environment we live in and the contemporary context for applying quantum mechanics using modern hardware and software. Owing to exponential growth of computational power and tremendous progress in machine learning and artificial intelligence, the applicability of quantum mechanics-based modeling methods is now becoming a practical reality, especially hybrid methods -- those combining “traditional” theoretical frameworks, such as molecular mechanics, with beeding edge quantum theory-based tools.

We have recently explored several use cases of how different companies apply quantum theory to solve various pharmaceutical tasks -- read “12 Companies Using Quantum Theory To Accelerate Drug Discovery” -- and found that the area is gaining industry traction and receiving increasing attention from investors and large pharma and biotech companies.

One of the companies on the list was Barcelona-based Pharmaсelera, which is a combining the power of quantum mechanics with traditional computational strategies in drug discovery, high-performance quantum computing, and artificial intelligence. It a quite an illustrative case to focus on to understand where quantum mechanics stands now in the pharma space.

Back in 2020, I already had an insightful talk with Dr. Enric Gibert, CEO and Co-founder of Pharmacelera, and we discussed the then situation in the field and some promising opportunities.

This time, I decided to catch up again with Dr. Enric Gibert and see how things had evolved over two years -- in the industry and at PharmaCelera. Enric also described the Life Science ecosystem of Spain in broad strokes, which is another exciting topic in its own right.

Andrii: We last spoke in 2020, so it is exciting to see how the industry moved forward with the applications of quantum mechanics-based methods. Are any significant breakthroughs in sight? What is the current state in a nutshell? 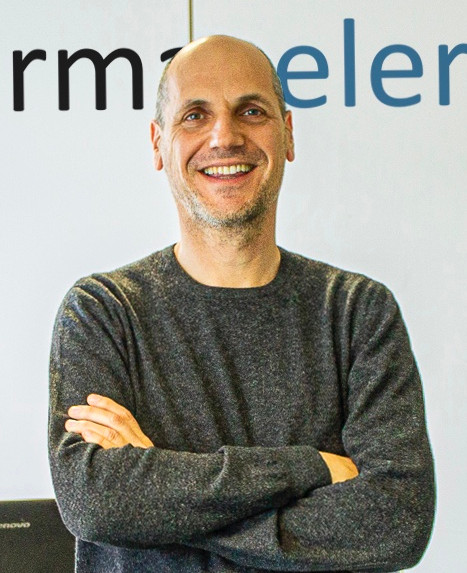 Enric: Since we last spoke, Quantum Mechanics is attracting more attention from the industry, and it is no longer an area mainly occupied by academia. Companies have realized the value of accurate descriptors to model molecular properties. Quantum-Mechanics describes molecular interactions at the atomic and subatomic level, adding a new degree of accuracy at an additional computing cost. But it is a theory that describes phenomena that simpler methods obviate. For example, QM permits considering the changes in the electron density distribution that occur upon the transition of a drug from the aqueous environment to the binding site in a protein. Furthermore, it is well suited to discern the mechanisms that underlie the mode of action of covalent inhibitors, which are receiving novel impetus in the last years.

Andrii: Having talked with many specialists in this field, I realize that quantum mechanics-based modeling methods are a good fit for machine learning applications. As far as I know, Pharmacelera integrates both. How do you do that, and what are the results?

Enric: Mainly, Machine Learning in drug discovery has used traditional algorithms and 2D molecular mechanics representations. However, there is now a clear trend toward integrating deep physics algorithms such as Quantum Mechanics and Machine Learning.

We must not forget that there are two fundamental aspects in Machine Learning beyond the algorithms themselves that are related to data: the quantity of the data and the quality of the data. At Pharmacelera, we are working on both.

From the quantity perspective, we are collaborating with DyNAbind, a German company with a unique DNA-Encoded Libraries (DEL) screening technology that can provide millions of experimental assays data points that need to be processed and converted into knowledge, that is meaningful and synthesizable hits.

From the quality perspective, we often hear about the “garbage-in, garbage-out” concept: your Machine Learning model will only be as good as the quality of the data used as input. Quality does not only mean data that has been curated, that comes from the same source, that has been normalized… Quality also means how molecules are represented and whether such representation helps in a general application of the model or is restricted to a particular niche chemical space.

At Pharmacelera, we are working on these qualitative aspects by using our 3D Quantum-Mechanics derived molecular descriptors that better describe and simulate the molecular interactions.

Another area that has raised interest recently is the application of Machine Learning to derive Quantum-Mechanics calculations using fewer computing requirements. This is also a fascinating research field. The main challenge, in this case, is also related to data: how to increase the confidence that the model has been trained to be generally applicable to new cases.

Andrii: What about Pharmacelera, what is the company’s focus today?

Enric: Pharmacelera is a company that develops new computational methodologies in areas with essential needs in the field of rational drug design. In particular, our in-silico platform identifies novel hits for challenging targets, a fundamental pillar in drug discovery. The platform is based on three core technologies: Quantum-Mechanics algorithms, Artificial Intelligence models, and High-Performance Computing, and it finds new hits that have more considerable chemical diversity and that are totally missed by traditional methodologies.

Although we have recently worked with a plethora of GPCR targets, we have applied our technology successfully in different therapeutic areas and for different types of targets (both enzymes and receptors).

From a business perspective, we use a dual business model by selling license access to our proprietary technology and offering computational chemistry services in the Hit Identification, Hit-to-Lead, and Lead-Optimization stages. We have customers in the United States and Europe, including big/large pharma companies and smaller biotechs.

Andrii: What are your ambitions for 2022 and the year ahead? Are you planning to raise venture capital in the foreseeable future?

Enric: From a technology perspective, we are developing the best hit identification in-silico platform in the market. This requires extending the current methods to new areas. I would like to mention two in particular.

First, we are applying our methods to mine ultra-large chemical libraries such as Enamine REAL without sacrificing the accuracy, and hence, obtaining novel hits with particular emphasis on chemical diversity (and chemical synthesizability). We are also working on generating new synthesizable compounds derived from DNA-Encoded Libraries (DEL) screening data, as I commented before. We believe these are two critical areas with solid needs, and our technology is particularly suited.

Regarding funding, we plan to grow our business organically with our solid customer base and also look for opportunities that can speed up our execution strategy.

Andrii: You are based in Barcelona, a lovely place to be. Recently I moved to Spain, and I am pretty interested in learning more about Spain’s drug discovery ecosystem. Any insights about where the country stands in this industry?

Enric: Yes, I have seen that you recently moved from Ukraine to Spain. I just wish you had moved to Spain in a totally different situation…

In the Spanish drug discovery ecosystem, there are some mid-size national pharma companies such as Almirall, Esteve, Ferrer, Grífols, Uriach, and PharmaMar, and R&D centers of some of the big pharmaceutical companies such as GSK, Eli Lilly, and Janssen. I would call these the traditional players.

In addition, Spain is far more than a place for tourism with good weather and sun. Spain is ranked in the 10th position worldwide in terms of the number of scientific publications. There is excellent science and a lot of talent, and the authorities are now encouraging technology transfer from public institutions to industry.

Technology transfer efforts have led to new biotechs that are the new players in the field. Companies like Oryzon Genomics - which has several CNS and oncology therapies in clinical trials; Minoryx Therapeutics - with a focus on CNS rare diseases and a candidate in launch preparation for adrenomyeloneuropathy, or Sanifit - recently acquired by Vifor Pharma with candidate for progressive vascular calcification disorders in phase III - are some examples, but there are more. The aforementioned three are probably the most mature players. Most of this ecosystem has grown around new hubs such as the Barcelona Science Park, the Barcelona Biomedical Research Park, the Madrid Science Park, and the Life Science hub around Santiago de Compostela.

Last but not least, there has been a significant increase in the number of institutional investors with a focus or interest in drug discovery, biotechnology, and digital health. YSIOS Capital, Caixa Capital Risc, and Inveready were the first ones around 2008th. Still, many others have followed, such as Asabys Partners, Nara Capital, Alta Life Sciences, Nina Capital, Invivo Capital, Capital Cell, and Columbus Venture Partners. And all of them with a clear international scope.

I would say that Spain has a rich drug discovery ecosystem now. 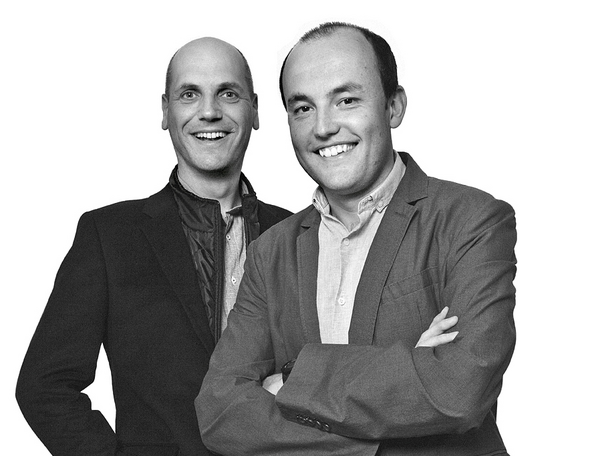