Things like gene editing, stem cells, immunotherapies and new types of biologics are now mega-trends in the pharmaceutical industry, widely covered in media, and I guess there is little doubt that biology is the next big thing in medicine. However, in this post I would like to outline several hot areas in small molecule drug discovery, suggesting a lot of untapped potential and investment prospects in this more “traditional” pharmaceutical research space.

The majority of existing marketed drugs out there are designed to somehow modulate proteins in the body, thereby disrupting a disease progression. However, going one step back and trying to disrupt a pathological process earlier --  right before a protein is actually made in the body -- seems a powerful concept. This can be achieved by influencing ribonucleic acid (RNA), a central actor molecule in the process of gene expression -- the one leading to formation of proteins as instructed by human genome.

One rapidly growing strategy to deal with RNA involves targeting natural enzymes and proteins that are responsible for its chemical modifications (for example, methylation or de-methylation). The interest to this idea was ignited by a Rupert Fray’s study in May 2008 showing the essential role of RNA methyl-adding enzymes in plant development. In just several years it has become a whole new area of science, called “epitranscriptomics” (a term coined in 2012 by Samie Jaffrey), and the key players here include three biotech startups: Accent Therapeutics, launched with $40 million in May 2018, Gotham Therapeutics, launched with $54 million in October 2018, and Storm Therapeutics being in the process of raising approximately $65 million for its second round of cash from investors. All three startups are focusing on developing novel small molecules to inhibit RNA-modifying enzymes. There is a wonderful review about epitranscriptomics and its short history in C&EN.

Beyond epitranscriptomics, there is also a “golden rush” for small molecules targeting RNA directly. Not only a number of startups, like Expansion Therapeutics ($55.3 million Series A investment) and Arrakis Therapeutics ($38M series A investment) have emerged out of know-hows of top academics, but also a number of big pharma players are now developing programs in RNA space: Biogen, Boehringer Ingelheim, Merck & Co, Novartis, and Pfizer.

However, the caveat here is that RNAs are notoriously “undraggable” objects, due to their structure and composition “unfavorable” for a specific binding by small molecules. There is a tremendous opportunity, but also a high uncertainty in this approach -- both nicely reviewed in a recent article in C&EN.

In a nutshell, protein degraders are bifunctional molecules which tie a disease-causing protein on the one side, and an E3 ubiquitin ligase -- on the other side, which leads to tagging the malfunctional protein for ubiquitination and subsequent “shredding” by the proteasome. In other words, protein degraders can be used to send unwanted proteins to a “biological trash can”.

What is interesting is that protein degraders are completely re-defining common rules of drug design: unlike traditional small molecules, they are not inhibiting proteins, rather, they act somewhat like catalysts facilitating protein degradation. They are larger than common small molecule drugs and are outside traditional numerical ranges of “acceptable” molecular parameters widely adopted by the industry (atom counts, numbers of donors and acceptors, polar surface areas, typical pharmacophores etc).

Although the idea of hijacking the ubiquitin degradation system is not new (it was first patented in the late 1990s by Proteonix), it took more than a decade for the industry to realize practical attractiveness of this approach.

Another rapidly growing area of pharmaceutical research, attracting big investments and biotech entrepreneurs, is human microbiome. According to The Wall Street Journal, venture funding in microbiome companies soarded 458.5 percent from 2011 to 2015, having reached $114.5 million. The amount of venture capital raised for microbiome companies in 2016 was more than all of the venture investment in the microbiome space during the preceding five years combined. Here is an insightful review about investment deals in the microbiome space: Big Investments for Human Microbiome Research. Some major player here include Second Genome, Enterome, and EpiBiome, also there is a large pool of startup companies.

Human microbiome is a collection of all genetic code of all microorganisms living in our body -- on the skin, in guts, pretty much everywhere. Sometimes, microbiome is called “second genome”, which stresses the fact that microbes in our body influence our health so dramatically, that they can be regarded as another human organ in its own right. The human microbiome has been found to somehow influence a wide range of diseases, like inflammatory bowel disease, diabetes, multiple sclerosis, autism, cancer, and AIDS; microbiome was found to be a major influencer on our immune system on the whole. All of this creates unlimited opportunities, and so the area has exploded with interest.

On the one hand, it is believed that microbiome can be influenced by small molecules in ways that would help fight certain diseases (for example, here). On the other hand, new types of natural bioactive small molecules (as secondary metabolites) can be mined from human microbiota, for example -- microbiome-derived antibiotics.

Over the last three decades, the good old idea of screening large sets of chemical compounds for biological activity has undergone a major transformation, having become a truly hot topic in the last several years. Central here is the idea of virtual screening -- either structure-based or ligand-based -- where one can conduct preliminary in silico examination of millions of novel molecules and come up with promising hits to be then developed and tested in labs. This is in contrast to traditional much more expensive, time consuming, and low-efficient high-throughput screening of physically available stock compounds.

There are two conceptual papers about virtual screening to read: Ultra-large library docking for discovering new chemotypes, reporting on discovery of several highly potent hits out of the largest computationally enumerated chemical database of synthetically accessible compounds, and The next level in chemical space navigation: going far beyond enumerable compound libraries, reporting on the alternative approach to create huge synthetically accessible spaces (billions of compounds) -- via combinatorial combination of chemical fragments in silico. Both approaches have huge potential to become golden standards of modern hit exploration programs, and are being increasingly used by pharmaceutical companies, biotech startups, and academic labs.

(Read: Confluence of Technologies Can Bring “Virtual Pharmacology” to the Next Level)

DIscussions about large-scale screening would not be complete without mentioning another quite revolutionary thing -- DNA-encoded libraries technology (DELT). This technology allows to create libraries of novel compounds as large as 40 trillion unique molecules, like the one created by Nuevolution. Each compound has a short unique DNA-tag attached to it, which makes it perfectly recognizable in the mixture of billions and even trillions of molecules, stored in a small vial. Such a mixture can be screened directly against a target of interest, and then any hits can be identified via a unique DNA-tag attached to each molecule.

A winner of the 2006 Nobel Prize in Chemistry Roger D. Kornberg of Stanford University refers to DELT as “...the most innovative and broadly significant advance in chemistry in the past decade or more...”. Here is a insightful review about the topic: How DNA-encoded libraries are revolutionizing drug discovery.

Since recent breakthroughs in deep learning, the topic of artificial intelligence (AI) has become extremely hot in various aspects of pharmaceutical research -- from basic biology and hit identification all the way to managing clinical trials (read How Big Pharma Adopts AI To Boost Drug Discovery).

According to a report by our analytics team, there was at least 19 new AI-driven drug discovery startups every consecutive year since 2015 to 2017; venture investments in such startups are flooding, and the large pharmaceutical companies are increasingly ready to partner with such startups to bring AI expertise on-board via pilot programs (7 collaborations in 2016, 19 -- in 2017, 22 -- in 2018).

However, the area is prone to hype, so it is important to realistically estimate practical achievements in every case -- here is a brief analysis on that: Assessing Productivity of Pharmaceutical AI: Any Results Beyond Hype?

It is noteworthy that al least half of all AI-driven drug discovery startups on the market focus on small molecules as objects of their research, rathern than biologics or therapies (report here). While this is probably not surprising (small molecules are easier to describe and model, ithere is a lot of data about them to train AI models), it is still a matter of fact and as such, it will be stimulating more research and investment efforts be put into the area of small molecule drug discovery.

There has been a wave of breakthroughs in the field of antibiotics discovery lately: here (self-derived peptides), here (a new class of targets in bacteria), here (Ramizol), here (Malacidin), and here (Teixobactin) to name a few examples. Needless to say, it is high time we needed advancements in the field -- due to an alarmingly growing threat of bacterial resistance, which might be killing 10 million people a year by 2050, if nothing is done in the coming years. Ironically, most large pharmaceutical companies have left the field of antibiotics discovery (with an exception of Roche and a couple of others), and the current innovations primarily come from academia and biotech startups.

The pharma’s exodus of antibiotics discovery is conditioned by generally rather unfavorable return on investments prospects: relatively low price tags for antibiotics, short periods of use by patients, and risks of losing future sales due to unexpected bacterial resistance. This led to the situation that between 1986 and 2015 there was no new classes of antibiotics commercialized on a large scale.

This list can go on and on, so if you know about other interesting topics in the area of small molecule drug discovery -- suggest in the comments! 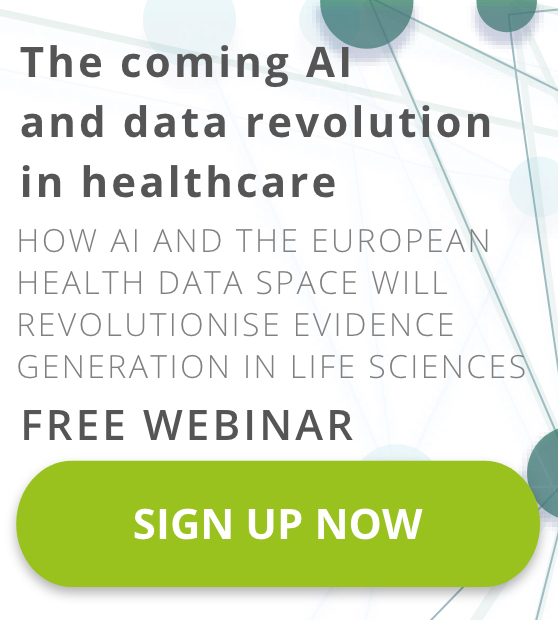