Proteins are essential components of living matter – they function as building blocks for cells and tissues, as well as participate in signaling and practically all biochemical activities. However, each protein operates correctly only for a limited amount of time and is eliminated by molecular machinery after it has reached its “functional shelflife”. To maintain a healthy and functional proteome, cells tightly control protein turnover processes, ensuring that misfolded, damaged, and old proteins exit the game in a timely manner. This sophisticated mechanism of degradation was recently hijacked by the drug discovery industry to develop new small molecule therapies — protein degraders.

One company that is at the cutting edge of protein degradation research is Celeris Therapeutics, which has built a sophisticated artificial intelligence (AI)-based platform to be able to design novel targeted protein degradation therapeutics more rapidly, at lower cost, and with a higher probability of success.

Celeris Therapeutics was founded in Graz, Austria, in 2021 and is headquartered in Silicon Valley, California. The company expanded rapidly and became a unique player in the emerging field of targeted protein degradation. The company has received $6 million to date from a number of venture capitalists, including R42, APEX Ventures, Pace Ventures Enigma, i&i biotech and longevitytech.fund.

In contrast to the discovery of "traditional drugs" such as small molecule inhibitors and most biologics, the development of protein degraders presents unique challenges as degraders are acting with an event-driven pharmacology. For example, the ubiquitin proteasome system (UPS) can be exploited to tag a protein via ubiquitin and degrade it through the proteasome.

The complexity in this therapeutic modality is significantly increased due to a higher number of degrees of freedom compared to occupancy-driven pharmacology. For example, topics such as expression profiles of E3 ligases in different tissues or accessibility of pathogenic proteins to the UPS need to be considered in the earliest drug design stages. 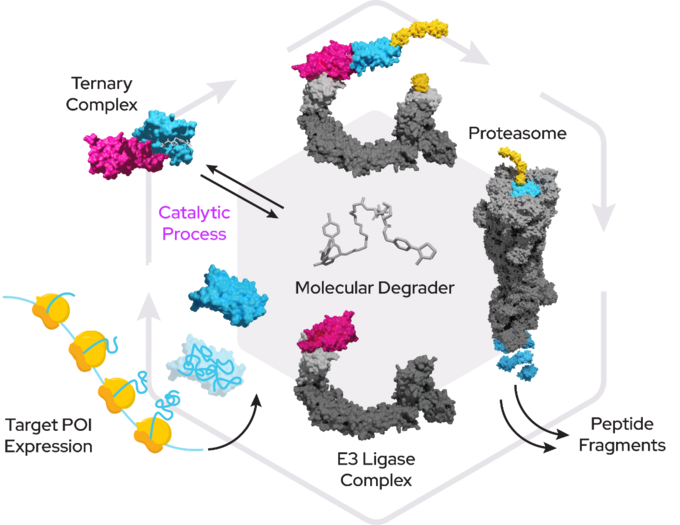 Figure 1: Illustration demonstrating the mode of action of the ubiquitin-proteasome system. 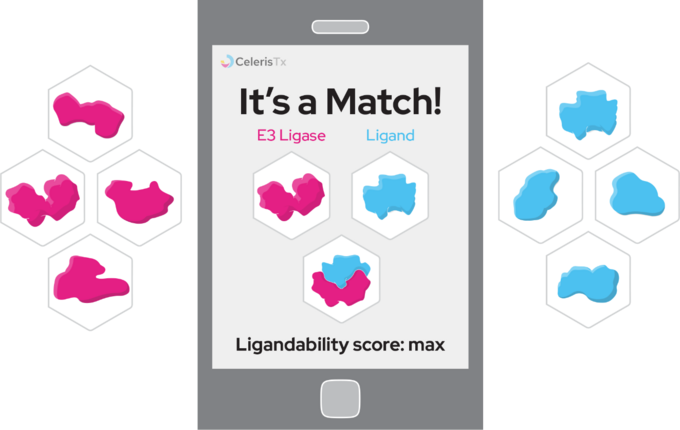 The reason for Celeris Therapeutics's success so far is manifold and especially due to the developed platform technology:

The company has implemented a sophisticated in-silico degrader design process and published various papers on it. The clue here is to focus on the selection of E3 ligases as potential starting points by predicting protein-protein interactions as a first step.

This allows the company to find perfect matches between E3 ligases in an agnostic manner, and to then produce very small molecules with preferred physicochemical properties due to the close distance (perfect matches regarding shape, and energies) to the protein-of-interest.

This is followed by various additional important components in their design process, such as generative models to link two bound small molecule fragments together, and a method called BOTCP. BOTCP was mentioned several times in the conversation with Celeris Therapeutics as a game-changer for the industry, as the methodology can determine ternary complexes in a few minutes with unprecedented accuracy.

Pretty much every machine learning and computational chemistry methodology is exploited in the platform, from graph neural networks and geometric deep learning to predict interactions, to variational autoencoders, to accelerated molecular dynamics and Bayesian optimization. It is worth noting that the company's design process is subject to a patent filing, and the company believes that even if someone were to work in this direction, it would be almost impossible to catch up with their progress. Christopher Trummer in a recent interview said, "We've put so much effort into the technology, starting with data curation, setting up all the methods from scratch, and then going on to validation in the lab - that was effort that in the U.S. would be tens of millions of USD that went into this, in Europe just not as much." 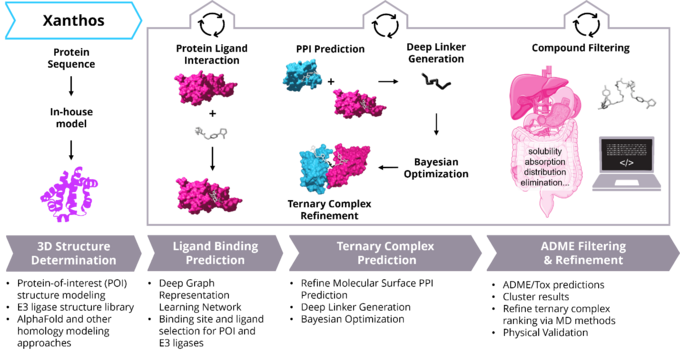 One of the elements of Celeris Therapeutics's ability to handle the complexity of protein degradation development is its focus on turning individual modules, such as Xanthos, into a closed loop (the Celeris One platform).

Figure 3: Closed-loop with Design-Make-Test modules - the Celeris One platform.

There are three key components of the Celeris Therapeutics’s AI-driven drug discovery platform:

Xanthos is the platform’s design engine. Starting from a protein target sequence, the module is able to determine 3D structures, predict ligand binding, generate linkers, predict ternary complexes, and refine the selection of so-called proximity-inducing compounds (PICs™), with degraders being the most prominent example, through multiple filtering layers, including molecular dynamics and QSAR.

Technologies in use: Graph neural networks/geometric deep learning to predict interactions, generative models to create new chemical matter such as linkers and multi-objective optimization to improve molecular properties, molecular dynamics and free-energy calculations augmented with Bayesian optimization and a proprietary database believed to be the most extensive database in targeted protein degradation.

The additional two modules of Celeris Therapeutics’s closed loop platform (Celeris One) are currently being built in Austria. For this, the company is implementing its own large laboratory with about 8000 sqft of space.

Having been founded in 2021, Celeris Therapeutics is moving at a rapid pace with its AI-driven drug design platform validation, including several research partnerships with “big pharma” corporations.

Visit https://celeristx.com/ to learn more about the concept of Proximity-inducing compounds (PICs™), and the company’s AI technology, pipeline, and approach.