Integrins are a group of transmembrane receptors playing a major role in cell-cell and cell-extracellular matrix (ECM) interactions. When triggered, integrin receptors transduce signals to the interior of the cell, providing quick and flexible “status update” about chemical composition and mechanical status of the ECM. It results in a cellular response, such as a change in the cell shape, regulation of the cell cycle, adjusting motility, or adding new receptors to the cell membrane.

Integrins were regarded as a “hot” topic by the biotech professionals in the 1980s and 1990s, promising billion-dollar opportunities for the industrial giants.

However, big expectations at that time crashed against a wall of unexpected and dangerous side effects. Integrin-targeting drugs were left with no hope of advancement for years.

But recently, a breakthrough advancement has been made in the understanding of the integrin biology, which gives the whole integrin-related idea a second life.

The new knowledge comes from Tim Springer’s lab at Harvard Medical School and it reveals the shifting, not static, state of integrin receptors.

What was wrong in early days?

Integrins have long lured biologists as drug targets, because these receptors are commonly found on the surface of about 90% of human cells, believed to be involved in some of the key cell processes—cell survival, differentiation and migration.  Targeting integrins seemed to open doors for treating acute coronary disease, autoimmune diseases, clotting disorders and many more serious health problems.

Early targeted antibodies were made to specifically inhibit integrin targets. A few examples of early-made integrin-targeting drugs are still around - Biogen’s natalizumab (Tysabri) is one famously potent antibody for multiple sclerosis. The problem with it, though, is some serious warnings about side effects. A lack of understanding of the underlying biology was an insurmountable barrier for addressing the issue of side effects.

This time around, Springer’s lab has used advances in X-ray crystallography to obtain precise structural information on integrin targets. It led to the understanding that the receptors don’t behave in a static way, rather, they “morph” into specific shapes - a closed one and an open one. This crucial insight means that if you make a specific antibody that effectively inhibits an integrin in the closed state, the opposite effect is most likely to be stimulated as well. That may cause drastic side effects, or even make a disease worse.

The newly obtained crystal structure information of integrins from Springer’s lab, allowed computational chemists from Schrodinger to run calculations and simulations to find small-molecule chemical compounds, that have the optimal binding characteristics to inhibit an integrin in both states - the closed and the open, thus avoiding previously observed side effects.

Licenced with a new extensive structural knowledge of integrins, and the understanding of how to avoid the harmful effects of inhibitors, Morphic Therapeutic, led by its CEO Praveen Tipirneni, is now in a position to ride a new wave of integrin drug discovery all the way to FDA approval.  The company has just announced it had raised $51.5 million in Series A venture financing to build on new understanding about integrins. GlaxoSmithKline’s SR One venture group and Pfizer PFE +1.02%Venture Investment co-led the financing, and were joined by Omega Funds, AbbVie ABBV +1.29% Ventures, Tim Springer, Polaris Partners, Schrodinger and Shangpharma Investment Group. 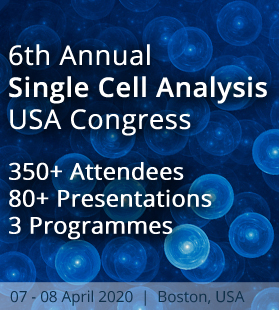