Dr. Tony Kulesa is the co-founder of Petri, an organization that both invests in early-stage biotech startups and works 1-on-1 with founders (many of whom are starting their first businesses) for at least one year. Petri is co-founded and funded by Pillar VC.

Previously, Tony was the founding Director of the MIT BioMakerspace, a community biology laboratory and incubator space, and an Instructor at the MIT Department of Biological Engineering. He holds a PhD from MIT, where his inventions of new platforms for drug discovery and microbial therapeutics were highlighted in Science Editor’s Choice and Nature Reviews Drug Discovery. While at MIT, he was a founding officer of MIT Biotech Group and co-founded and directed 3 courses on biotech and entrepreneurship, including BiomedStartup, a course that coaches 10+ teams per year on research commercialization projects. 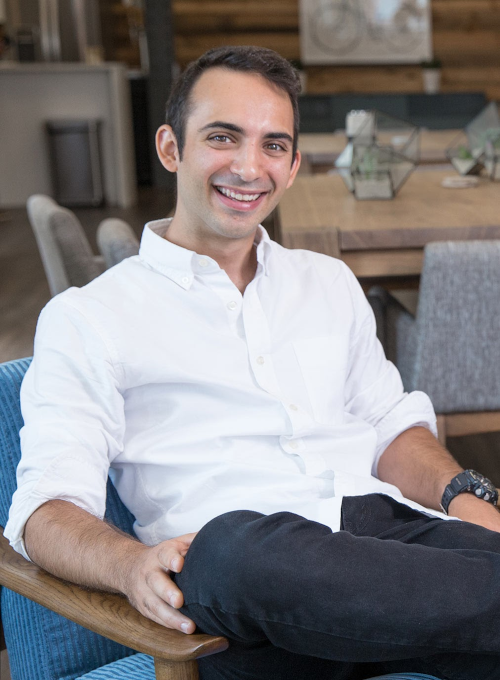 Tony, can you tell a bit about your passion for biotech and what inspired you to embrace a venture capitalist role in this space, rather than staying in science?

Many of the greatest challenges we face have roots in biology. In healthcare, the risk-adjusted cost of bringing drugs to market is doubling every nine years. We are already spending ~20% of GDP on healthcare, and our population, on average, continues to get older. We also must learn to live sustainably, but at the same time raise the quality of life of everyone on our planet. We will need to reverse some of the damage we have done as well, for example by removing carbon from our atmosphere.

At their root, all of these problems, and many more, come down to biology. So, we have to ask what is rate limiting to developing solutions?

In my view, it’s not a lack of market opportunities. It’s not a lack of technology, or a lack of availability of capital. Instead, the main challenge I see right now is a bottleneck around entrepreneurial talent. With our work at Petri, our goals are to discover and alleviate the bottlenecks to cultivating entrepreneurial talent in the life sciences, and therefore unlock the creation of many new companies.

In your thought-provoking blog post “The Future of Biotech is Founder-Led” you are discussing that biotech is dominated by a model where venture capital firms create companies themselves, in partnership with academics, following a model that was adopted by a pioneer in the biotech industry -- Genentech. So the industry may be lacking more independent founders -- unlike, for instance, in other technological industries. In its turn, it may be a reason for a smaller number of new companies founded per year than we would maybe like to see.

Can you elaborate more on this and explain why this may be happening in the first place?

It’s the culture of biotech. Building in biotech requires highly specialized knowledge, and this knowledge has mostly accumulated within a small number of institutions and social networks, where it remains siloed.

In the tech industry, there are playbooks for company building that are widely disseminated on the internet through blogs, podcasts, and social media. There is a much more open culture of sharing learnings, and cultural evolution of companies as best practices diffuse across the industry.

In contrast, biotech’s culture is understandably highly secretive, and as a result for new entrants getting started, there are very few blogs, podcasts, books, or even classes to take at universities. One of the goals we have at Petri is to open this up. We are cultivating a community of entrepreneurs, early team members, senior mentors and board members, investors, etc., that are all openly sharing knowledge. Last month, we hosted the Founder-led Biotech Summit with 2000+ people — many experienced, current, and future founders — towards this goal.

Geography has also been an enormous barrier. The culture of building biotech startups has mostly lived in two cities, Boston and San Francisco, and their associated academic institutions. But there is great science everywhere. A silver lining of the virtual world we have all inhabited in the past two years is that the culture of building biotechs, along with the social networks and access to capital, is rapidly diffusing across the entire world. At Petri, launched a completely free, virtual program on the nuts and bolts of getting started, Frequency Bio, and we were both surprised and thrilled to get thousands of applications from all over the world.

You are running Petri, an organization that both invests in early-stage biotech startups and works 1-on-1 with founders, and to me, the portfolio looks quite impressive. How do you help biotech companies fit more into a new kind of “founder-led” model that you are advocating? What is that unique “recipe for success” that you used to have grown such an impressive portfolio?

To be completely honest, our main recipe of success is the incredible group of founders that chose to work with us!

The two main ingredients when getting started are people and capital. We co-created Petri with the leaders behind companies like Ginkgo Bioworks, Twist Bioscience, Exact Science, Beyond Meat, and many more, and these folks act as advisors, mentors, potential board members, and in one case, even a co-founder. Our goal is to plug our founders — many who are doing it for the first time — right next to some of the most elite company builders in bioengineering. We also work with founders to recruit new people to their full-time team from our network. We spend time at 50+ universities in the US and are in direct connection with many of the top academic labs in the world. We tap the current and alumni networks from these labs, and in some cases at our portfolio companies, all of the initial employees came through our network.

The second ingredient is capital. Beyond providing the initial investment to help founders get started, we also help develop a plan and team to successfully deploy an order of magnitude more capital. From there, it’s a question of helping them network with investors to raise their next round. We’ve built a network of hundreds of investors focused on seed and Series A biotech companies, and are thrilled that in less than two years, companies that have come through Petri have raised an additional $65+ million in capital.

There’s one point that I also wanted to clarify. Regarding founder-led companies, our goal isn’t to help more companies fit into any particular model, and we think there are many ways that successful companies are founded and built. Instead, it’s our view that there are many great companies that were never built because their potential founders didn’t have the right support around them to get started. We think if we can solve that bottleneck, who knows what kind of innovation it will unlock?

In general, how does the funding landscape for early-stage companies in biotech and biopharma look like? Last year was a record-breaking one in terms of venture capital deals, the number of biotech IPOs and even biotech indices were at an all-time high. How does 2021 look like in comparison, and what can we expect in venture capital space in 2022?

There has never been more venture capital money going into biotech companies. The amount of venture capital dedicated to biotech has risen nearly five-fold from just $3.6 billion in 2012 to $16.8 billion in 2020. In 2021, we’ve seen more than $20 billion in venture capital investments through the first three quarters of the year alone. I expect this year-over-year increase in VC funding to continue, as the world is waking up to the power of what biotechnology can do.

The problem is that this capital doesn’t have enough places to go. It’s not unusual to see Series A rounds balloon to $100 million or more. This will also be a trend that continues, until we unlock the bottleneck to creating more ventures.

An important note is that this isn’t just happening in venture, the whole world is also shifting to allocate more philanthropic and government funding for biomedical research. For the first time in history, there is a biomedical scientist, Eric Lander, in the President’s cabinet. I expect we’ll see not only increases to NIH funding, but also new initiatives like ARPA-H. On the philanthropic side, there has been more innovation in the past year than all of the last decade, with launches of new programs like Fast Grants, Impetus Grants, focused research organizations, and new institutes like the newly announced Arc Institute.

What do you think are some of the most impactful biotech research advances lately? Do we already have role-model examples of what you call “founder-led” companies there? Some notable companies you would mention?

Biological systems span everything from the atomic scale to ecosystems, and we are advancing in our ability to read and write to every layer of the system. NGS enabled us to read the genome and transcriptome, and with genome engineering we can now also write. We can read cell state via single-cell RNA sequencing, and we are developing methods to write cell state via transdifferentiation, gene circuits, etc. Similar advancements are happening at every level, even up to whole ecosystems that we can read with metagenomics, and write via gene drives. The past year has been quite a year in biomedical research, while despite setbacks from Covid-19, we still saw the release of AlphaFold, petascale connectomics datasets, and much more.

Regarding founder-led companies, our recent Founder Led Biotech Summit featured dozens of founders, and all the videos are recorded for those who missed it. It features many of the founders from our own portfolio — eg the founders of Nabla, GALY, Compound Foods, Matterworks, and many more — as well as folks like Ginkgo Bioworks Co-founder Reshma Shetty, Strand Therapeutics Co-Founder and CEO Jake Becraft, Biobot Analytics Co-founder and CEO Mariana Matus.

What’s next for you and your team at Pillar? Your big ambition in 2022 and beyond?

In 2022, we will redouble our efforts to find ways of reaching even more scientists and researchers who are considering starting a company, and connecting them with the resources they need to take their first steps forward. In the short term, I’m looking forward to continuing to engage with the more than 1000 self-described “future founders” that we engaged during the Founder Led Biotech Summit in November.

On a related note of providing resourcing future biotech founders, during the first year of Petri, we were writing $250,000 checks to help founder-led companies get started. Now, with Pillar VC’s recent announcement of $192 million in new funds, we can dramatically increase both the quantity of ventures we invest in, as well as the size of these investments up to $6,000,000.

If you’re a biotech founder, or are considering starting a biotech company, I’d love to connect. The best way of reaching me is on twitter at @kulesatony or emailing hello@petri.bio.