The microbiome is implicated in a number of metabolic pathways and communicates closely with our body in health and diseases. Imbalance of microflora is linked to obesity, diabetes, allergies, cancer, and even depression and autism. However, these facts have been ignored for decades. But today, the microbiome market is catching up, attracting considerable investments. The Wall Street Journal reported in 2018 that “from 2011 through 2015, venture funding in microbiome firms soared 458.5 percent to $114.5 million, while overall venture investment grew 103.4 percent to $75.29 billion.

Recently, a Novartis-backed fund Seventure Partners announced it held the first close of its second microbiome fund now being more than halfway to its €200 million ($227 million)-plus fundraising target. This will set up Seventure to invest in around 20 European biotech startups focusing on microbiome drugs and diagnostics.

The microbiome startups are varied in their approach of creating therapies. Some companies are developing fecal transplants which are delivered from feces of healthy donors. This type of therapy can treat the recurrent C. difficile infection that is reversible in many cases and kills 12,800 in a year only in the USA. The Rebiotix (acquired by Ferring Pharmaceuticals in 2018) is one of the most successful companies that shipped fecal transplants against this disease. Their clinical candidate RBX2660 is in Phase 3 clinical development.  However it is needed to be careful with microbiota transplantation as several deaths have been reported recently caused by the pathogenic bacteria that donor’s stools contained.

The ways of using microbes for treating people are not limited on this. The engineered bacteria constructed to produce insulin have been used since 80-th. Today biotechnologists work to create strains that would conize us and consume harmful human metabolites inside the body. Synlogic has in clinical trials a  bacteria strain consuming phenylalanine, the amino acid which accumulates in patients with phenylketonuria disease, damaging the nervous system.  Another start-up, founded in 2015, Novome Biotechnologies which developed bacteria degrading oxalate to prevent the formation of kidney stones has raised $33 Million Series A Financing on 7 of January, 2020.

The interactions that take place between the human body and microbiome are startling. Some bacteria species can even protect the tumor cells against the immune system. Such interaction is observed during colorectal cancer in the presence of the bacteria  F. nucleatum. BiomX's found a way to kill this bacteria with specific bacteriophages that makes tumor accessible to the immune system and transforms it to a “hot” type.

Recent study has shown that the human body adopts to protect itself at the specific stages of progression of infection. There is a receptor in the human body - the AhR receptor - that can recognize the quorum sensing molecules that some pathogens express. Bacteria use quorum sensing to know whether their quantity is enough to initiate an attack. Thereby the immune system might monitor it and adapt to different scenarios of disease development.

While we are in the early days of understanding the whole spectrum of mechanisms through which microbiota is influencing our body and modulating key processes and systems, the immune system being one example, it is clear microbiome research is the world of opportunities for healthcare scientists and biotech investors. Below we have summarized some biotech startups active in the area of microbiome research: 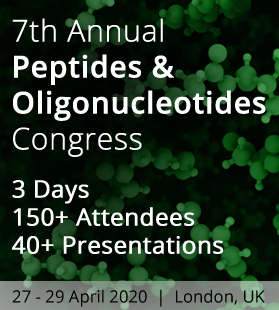