A transformative technology for gene editing - clustered regularly interspaced short palindromic repeats (CRISPR) -- has become ubiquitous, at least in research laboratories, where scientists efficiently adopted CRISPR technology to manipulate genes of interest. Still, applying it for humans is associated with greater risks and faces ethical issues. However, alongside a too reckless experiment of a Chinese scientist who edited babies’ genomes, plenty of companies have made well-thought progress toward transferring gene editing technologies into the clinic. Here we make a brief but pithy review on up-to-date gene editing approaches and start-up companies active in this area.

CRISPR-Cas9 begins to demonstrate positive results in treating inherent diseases in clinical trials: CTX001 developed by CRISPR Therapeutics showed positive results in patients with beta-thalassemia and sickle cell disease, and Editas Medicine’s promising drug for editing retinal gene defect is now in early-stage clinical trials. The third notable player is Intellia Therapeutics which is focusing on advancing methods of in vivo delivery to the liver. Intellia plans to commence trials of their CRISPR/Cas9 therapy in 2020, which is going to become the first systemically delivered investigational drug entered the clinic.

CRISPR/Cas9 has been borrowed from bacteria that utilizes it to inactivate viruses by cutting their DNA. Cas9 is a nuclease that makes double-strand cuts and is delivered to the right place in the genome by a guide RNA. CRISPR/Cas9 can be used to disable a gene (gene knock-out), make a deletion or correct a gene by adding a DNA template. 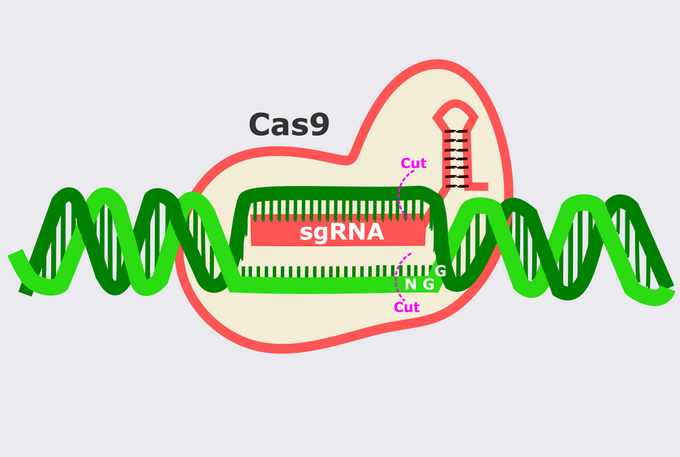 However, CRISPR/Cas9 may not be precise enough and may cause unintended mutations. Thus, developing alternative technology variations or advances are essential to be used for editing genes more robustly. For instance, Exonics has developed SingleCut approach for treating Duchenne muscular dystrophy and other severe genetic neuromuscular diseases and was acquired by Vertex for $245m in 2019.

In 2016, David Liu and his team from the Broad Institute and MIT introduced base editing -- a technology that allows avoiding cutting the DNA. It utilizes chemical reaction (e.g. deamination) as a tool to replace one nucleotide for another, but is suitable to fix only several types of “point” mutations ( replacing C-to-T, T-to-C, A-to-G, and G-to-A) from the possible 12. Beam Therapeutics, a startup founded by Mr. Liu, went on an IPO generating up to $180 million after nearly doubling shares offered.

Today, the newest technology of so-called “prime editing” might be considered one of the most promising approaches in the field of gene editing. This breakthrough approach enables editing of all possible point mutations, being in addition less error-prone, compared to CRISPR/Cas9 system. It uses a protein called “reverse transcriptase” to generate new DNA from RNA template sequences. Creators of prime editing, Andrew Anzalone and David Liu, have calculated it might be applied to treat up to 90 percent of genetic diseases. Immediately, a syndicate of venture capitalists, including Newpath, Google’s venture arm and F-Prime acquired the rights for prime editing to capitalize on this opportunity. But still, a lot of research is needed to be done before prime editing will be widely used.

Next, Emendo Biotherapeutics raises $61M from Takeda to synthesize new alternatives to CRISPR, which would rather edit only one allele of a gene. This approach will extend the power of CRISPR to treat dominant indications - diseases with only one copy of damaged DNA.

Finally, scientists have also discovered CasX, a small CRISPR protein from groundwater living bacteria, which potentially might be beneficial at least due to its ability to be encapsulated in virus particles, which due to the large sizes is challenging for other CRISPR systems. Scribe Therapeutics is working to improve CasX and harness its great potential for inserting extra DNA sequences.

Another recent discovery revealed new opportunities with ADAR enzymes -- molecular machinery used by squids to edit their RNA. This approach is useful because ADAR enzymes are already available in the human body; besides, RNA editing is less risky since it is reversible. Korro Bio and Shape Therapeutics are among the start-ups trying to hijack human ADAR enzymes to precisely edit RNA.

The evolution in treating genetic diseases seems astonishing, but CRISPR delivery still remains one of the most challenging tasks. Many CRISPR drugs are treating hematologic diseases because blood cells can be extracted, edited in vitro and infused back into the patient’s body. In vivo delivery by viruses and nanoparticles is therefore of great interest to make gene-editing tools effective on a wide range of cell types and tissues.