Up to 89% of published research in the Life Sciences can not be reproduced according to Bayer and Amgen studies and is a part of the growing reproducibility crisis -- which is mainly due to lack of standardization, varying reagents, and inconsistent conditions. Another fact worth mentioning is that in the era of robotics and automation almost 90% of biologists are still doing pipetting by hand with monotonous, routine operations being accountable for a bigger part of a project timeline. The cloud-based approach to the chemistry and biology field will provide the necessary degree of repeatability and greatly reduce the costs while speeding up the whole process. In the near future, we could see a massive shift which lies in outsourcing the daily operations to a robotized remote lab while freeing up the researcher's time for creativity and generating new ideas. 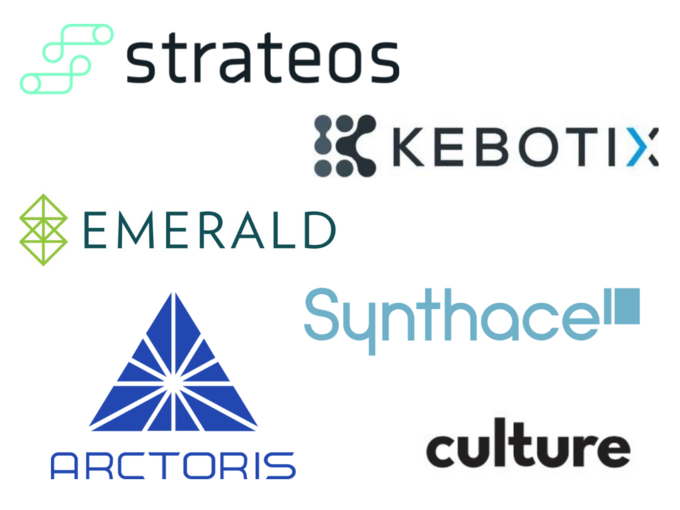 In this post, I am listing several outstanding companies bringing the power of remote experimenting for life science research and development.

Strateos is a California-based company, formerly known as Transcriptic and founded in 2012, provides cloud-based automation for daily routine operations of synthetic biology, medicinal chemistry, and a closed cycle of design-synthesis-testing for potential drug candidates. Having acquired 3Scan, it has expanded its spectrum of operations by robotic tissues slicing and analysis using computer vision technologies.  In 2020 they started a collaboration with Eli Lilly where they are using Strateos Robotic Cloud platform at the client’s facilities to increase biology capabilities and implement an automated chemical synthesis loop.

The company raised a total of $44.3 million with Data Collective being the lead investor at the Seed and Series A rounds.

Another US-based company, the Emerald Cloud Lab founded in 2010, takes another approach and instead of utilizing a set of predefined workflows provides a broad range of scientific instrumentations and therefore the ability to design fully customizable life science experiments. They are constantly adding new types of operations and machinery offering a wide and flexible set of services to their clients. One of the latest news is a collaboration with Carnegie Mellon University which will be using Emerald Cloud Lab for educational and scientific purposes.

The company got the attention of notable investors and raised $92.1 million during multiple rounds led by Founders Fund and Schooner Capital, including their latest Series B of $42.7 million in April 2019.

Another representative that stands out in the field of “remote lab” is Arctoris, an Oxford-based company founded in 2016. This is the first company on the market that provides a fully automated drug-discovery platform enabling academic centers and biotech companies to conduct experiments remotely with real-time monitoring. Arctoris services comprise access to a wide range of cellular and molecular biology assays together with industry-leading IC50 profiling and online data visualization, AI-model data generation, and secure cloud storage which brings drug discovery to a new level of speed and automation.

Arctoris raised a total of $10.3 million in funding over several rounds with their latest transaction 2019 including RT Ventures and Formic Ventures.

Kebotix is a Boston-based material science company that focuses on the application of robotics and AI modeling for developing new compounds with predefined properties. The current state of the compound development area requires a lot of manual labor which is costly and time-consuming. The company innovation can greatly reduce the time per operation, by using automated robotic arms, but is also capable of reducing the number of experiments by applying machine learning tools to predict the outcome of numerous trials and select an optimal route for the actual experiment. For example, a recent program conducted with the National Center for Advancing Translational Sciences, showed a five-fold increase in speed and cost-efficiency during the assay performance optimization with over 95% accuracy in all experiments.

Founded in 2017 the company raised $11.4 million from the recent Series A round held by life science investor Novo Holdings in Apr 2020, which brings the total funding up to $16.4 million.

San-Francisco-based Culture Biosciences is a company that is involved in scaling up and optimizing bioreactor experiments which accounts for a substantial overhead for biopharma companies. Culture Biosciences has designed a set of bioreactors specifically suitable for fine-tuning the processes and remote real-time monitoring. Along with a wide range of strain screening and process development capabilities, this would allow a quick transfer from a lab-scale to commercial production both for small biotech companies as well as larger pharmaceutical organizations. The company has already signed contracts with a number of prominent customers, like Zymergen and Clara Foods.

The company was founded in 2016 and attracted a total of $20.6 million with the latest Series A round in March 2020 led by Cultivian Sandbox Ventures and Section 32.

In the world of emerging lab automation techniques, there is a strong need for a simple and user-friendly way to put together multiple robotic devices, data collection, and visualization routines from different vendors. Synthace, a UK-based company, decided to target this problem with Antha -- its cloud-based automation platform enabling researchers to plan and design experiments using graphical interface without specific coding skills. Antha is device agnostic therefore allows the users to build sophisticated protocols and transfer them between multiple devices. The in silico simulation feature could identify the potential errors in future workflows even before the actual run. Altogether Antha serves as an intellectual advisor between the researcher and robotic lab providing easy access to a full spectrum of devices and operations thus reducing the number of errors and increasing the reproducibility of the whole process.

Since its creation in 2011 Synthace has been the focus of attention of prominent investors raising a total of $40.6 million over 10 rounds.